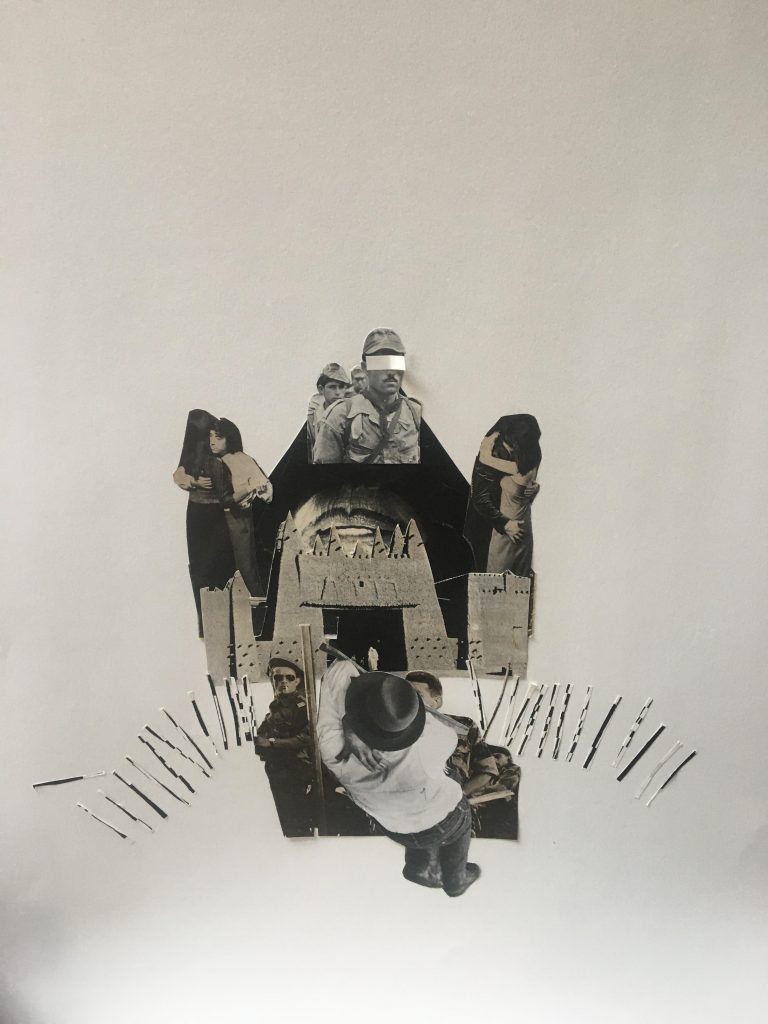 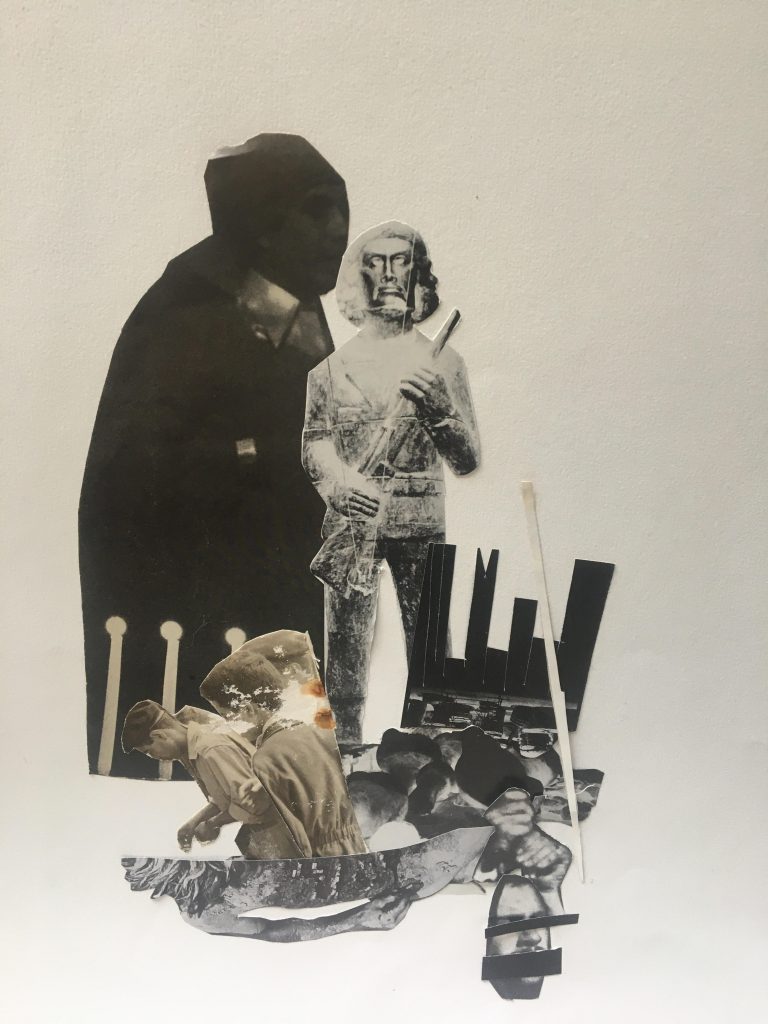 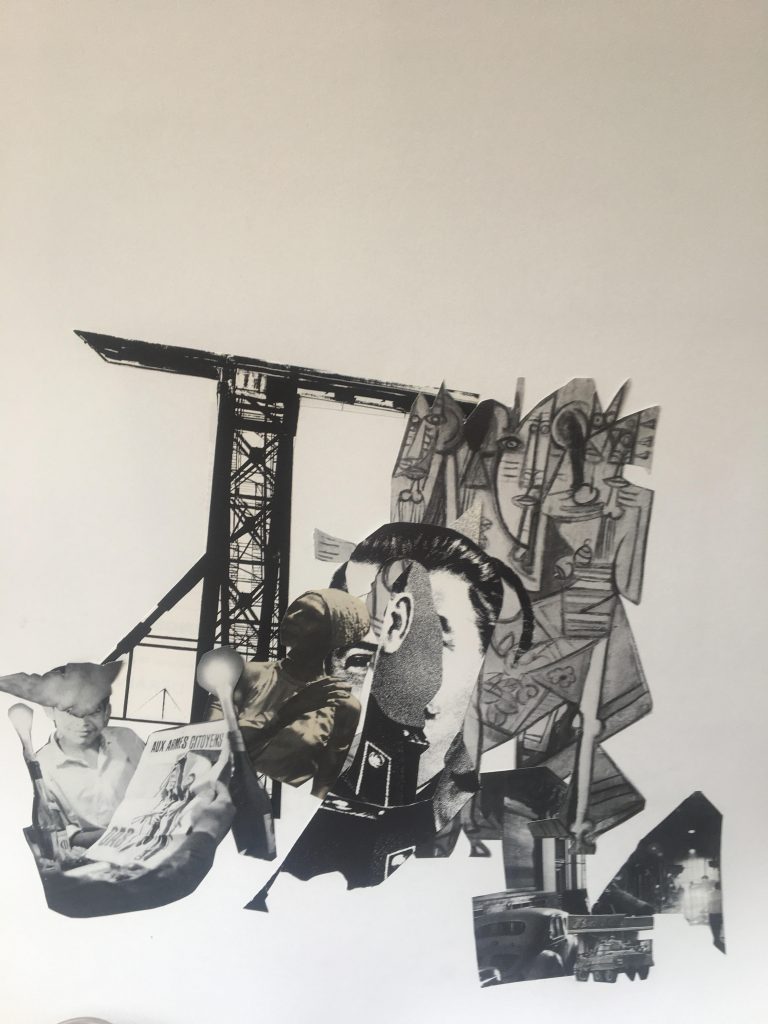 A Secret Song brings together three collages as ways of representing secrecy and the withheld historical word. A tribute to the 1970s, the series silently draws up, between ellipses, obstructions and blind spots, a portrait of Algeria in the 1970s, caught between the political hardening announced by the arrival in power of Houari Boumédiène and the liberation movements brought about by the opening up of the country after independence. The compositions bring together images gleaned from old magazines that combine the memory of war, torture, Soviet and military iconography with heritage, dance, theatre, architecture and cinema. Louisa Babari is particularly sensitive to the way in which the influx of foreigners into decolonial Algeria, from the USSR, Africa or Cuba, initiated a movement of artistic exploration and liberation of forms parallel to the process of youth emancipation. The collage corresponds to the practice of film editing and the cut, using the language of the sequence shot. Through it, she is able to merge into a single visual whole elements with disparate, even opposing realities (victims and executioners, the painter Wifredo Lam and Stalin, etc.), giving form to what, in a vacuum, can also be read as a narrative of violence. The tribal touches and the quasi-cubist arrangement finally give this memory a deconstructed, abundant and complex figure, in keeping with the history it reflects.