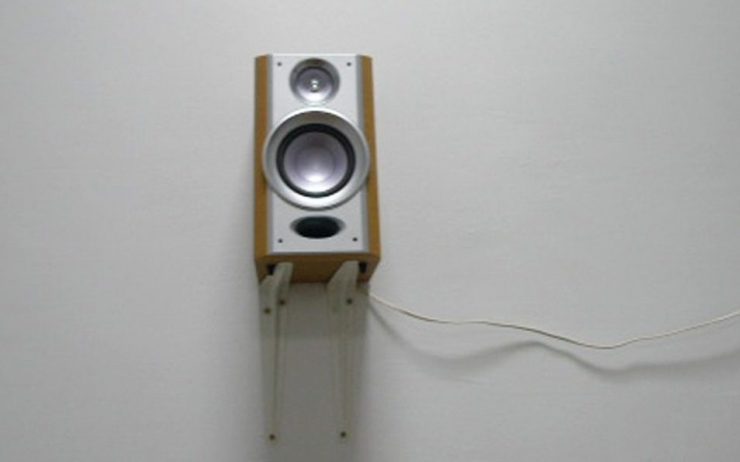 Basically, an essence cannot be attributed to the border; this would apply to all places and all times, and for all scales of time and place: which would be included in the same way as all individual and collective experiences. The work is about the field of displacement; an imaginary migration and uprooting: Symbolism of the border, the « place of doubt and defeat » and the physical separation of the body, sounds and noises that interact with fictional spaces. It explores the reliefs that lie within the imagination ; real or invented territories. Roaming For proclaims a discontinuous universe in which the voices are whispering their wishes, resisting the commodification of bodies. Bodies abused by boundary lines, they survive in a word of love, sayings or singing a psalm of survival. The being is one who whispers in his attempt to escape the vastness of space to which he is subjected to. The impossibility of any forthcoming deception lifting his breath. Crossing the boundaries of the melancholy murmur and the atom.The spirit leaves the body and finds its island. A place of confluence, so that his cry, his whisper can migrate; so that the ghost of the unknown soldier can wander, falling beneath a barbed wire. A piece of clothing is hanging on a thread, swinging in the wind. The second part of the work is a song of hope. We three is a title of Patti Smith, released on the album Easter in 1978. It is a pop ballad lasting 4 minutes and 19 seconds that evokes a love triangle. The song is about the separation of a couple when love no longer sings and also the hope of its rebirth in the « Other » is expressed. She speaks of the possibility of love again. « Love is or it is not. Thin love is not love at all.  » Toni Morrison this wrote in the novel, Beloved.The Ballad of Patti Smith is the thread of the mounting of Roaming for. It embodies an intimate universe, one whose musical structure is that of a romance, reminiscent of the style of American pop songs of the sixties. It may suggest « an interior », a place of listening, a bar with a jukebox, an empty apartment. A world away from « noise and fury. » The composition of P. Smith plays out in a field. It overlaps with the existence of sound elements associated with a controled voice, sounds, as well as musical fragments. Latest stories and words of love, groans, murmurs and whispers; separations which caused by war, so the lines found in this song, serve as a resonance of this. The uprooted imaginary creates a discontinuity of tones and volumes and defines the graphics sounds. A feeling of wandering is evoked by this song of Patti Smith…listening to the rhythm and the sound; a shortness of breath, from another time…This changes and then suddenly a feeling of hope emerges, since the mind is free to migrate and to transcend the body and territories. This Conjures up echoes of Man’s condtition, haunted by the ghosts of his history.

Installation: A rectangular table in plain wood, dimension indicated: 2,50 m x 1,30 m. Two wooden benches adapted to the dimension of the table. A CD or flash drive &amp; Box with 6 headphone sockets. Six matching helmets and an olfactory system: incense Gowe saf (originally from Senegal) and electrical burners for incense.* The device can accommodate six auditors in groups of three around the table, on each bench. The device creates a personnel headphone listening experience; privacy is provided through the placement of the bench space and the table, and a collective feeling is produced through the olfactory system; enhanced by the release of « Gowe saf » incense near the installation. * Optional: two small ventilators).