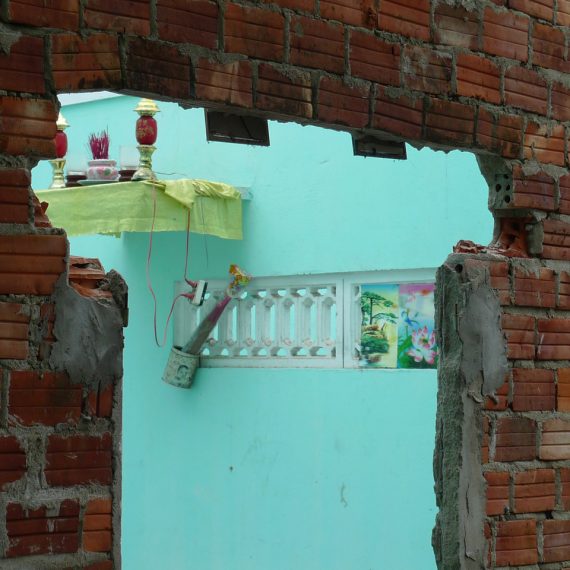 Made up of photographic shots, the film documents the architectural upheavals of a Vietnamese fishing village. Traces, footprints, real or symbolic ruins, new land use, the film deals with the singular relationship that men have with their land and nature, which is destined to be a source of inspiration for the future, past and what can only belong to the future. Civilisation and politics, phenomena of migration and exodus, areas of colonisation and decolonisation, attenuation of ancestral or traditional affiliations, in the very experience of transformation itself, in that it can be decisive, immutable but also irresolute. In this process, there would have been a Before and After, built figuratively and literally on a heap of abandonment, ruins and rubbish.